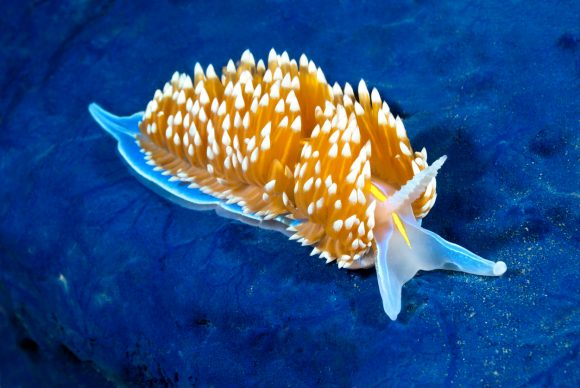 It’s hard to imagine not being mildly thrilled at the idea of some wild-looking nudibranches washing up on the shores of the U.S., but the news isn’t all neon colors and new waving tentacles: these new arrivals are survivors of the 2011 Japanese tsunami, and they arrive as castaways. The nudibranches, sea slugs, and other creatures survived the tsunami’s wreckage by floating on plastic rafts over many thousands of miles and several generations, and they have no natural predators in their new homes.

Between 2012 and 2017, scientists have counted 289 sea species from Japan washing up on western US coasts, like in Hawaii and Oregon. Apparently, the plastic refuse swept out to sea with the tsunami created very seaworthy rafts that survived much longer than previous rafts of storm detritus might have.

While it’s fascinating to have this influx creatures, it could also be a very dangerous time to be, say, a native sea slug. Stay turned for more news on this one.